Due to the current situation of Corona Virus - Covid19, We are experiencing some delivery delays Dismiss

WHAT IS A DASHIKI: DASHIKI HISTORY LESSON 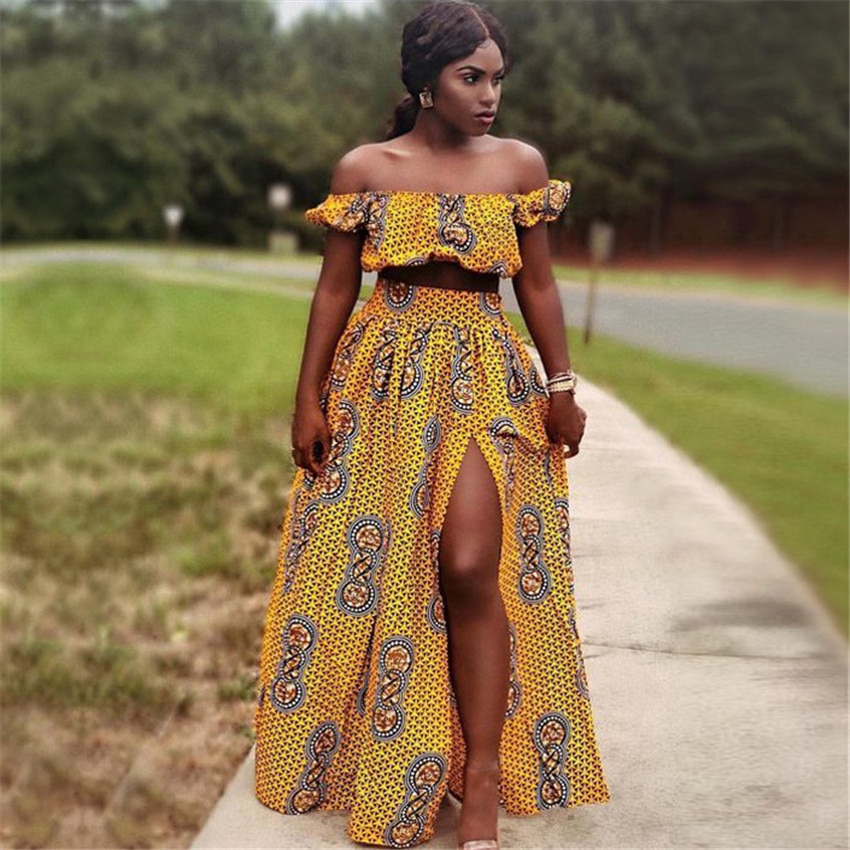 Dashikis have gained popularity on the fashion scene and among celebrities in the past couple of years. While the print shown above is an Angelina print, this print has been so closely linked to Dashikis that many people have started to refer to this particular print as a Dashiki. The Angelina print was created by a Viisco textile designer named Toon van de Manakker and is based upon the 19th century Ethiopian noblewoman’s tunic. This particular style of print is extremely popular in West Africa, particularly in countries such as Nigeria, Benin, Ghana, and Togo.

Nowadays, you can see this colorful African design on anyone from your friends to Beyoncé. So where exactly does this traditional African clothing staple originate from and what made it so popular? Below we highlight the cultural roots and timeline of the dashiki.

The dashiki can trace its roots back to Yoruba language and culture. In fact, the word dashiki comes from the Yoruba word “danshiki” meaning a short sleeved work shirt typically worn by men in West Africa.

So how far back does the dashiki design date back? Tunics similar in design to the modern dashiki were uncovered in Mali burial mounds dating back to the 12th – 13th century.

Also in the Yoruba culture, certain colors of dashikis were made to represent different emotions and events. For example, traditionally white dashikis were worn by grooms on their wedding day. Sometimes couples, opt to wear purple instead for their wedding day since purple is the color of African royalty. Blue is known as the color of love, peace, and harmony, so sometimes blue dashikis are worn for weddings as well.

The dashiki emerged in the US market during the late 1960s as a symbolism for Black American Afrocentric identity. As this fashion blogs point out, the dashiki found its place in the 1960’s among the black pride and white countercultural movement.

Following a surge of cultural pride in 1964 with the Civil Rights Act of 1964, the dashiki found it’s place celebrating Afrocentric clothing.

Worn as a sign of black pride, the dashiki showed unity among the black community. Also, the dashiki was worn among Hippies who supported the movement.

Fast forward to today, where both men and women can be seen all over the world, draped in various forms of the dashiki print. There has even been a transfer of representation because it migrated from mostly men rocking the print, to women being at the forefront of pioneering the dashiki presence.

Everyone is familiar with seeing the smock-type version of the dashiki, but now the word refers to more than just a garment; it is also a print style, meaning there are now more ways than ever to show pride in your African culture.

The dashiki is sold in its original loose fitting shirt forms still to this day. However, now there are many different types of dashiki styles so that you can find the perfect dashiki to fit your fashion sense.

For example, at D’IYANU we offer African fashion ranging from traditional Dashiki shirts for adults and kids to gorgeous skirts, dresses, tops, and much more. We offer a Dashiki t-shirt collection and a Dashiki sweatshirt collection which are a fresh and modern twist on the traditional Dashiki shirt for the entire family . Ladies along with little girls can also make a statement in our bold printed dashiki skirts. Or if you are looking for a more subtle addition of African print, we offer beautiful infinity scarves.

As you can see, the Dashiki has evolved so much from its Yoruba male working shirt roots, from a cultural statement, to a fashionable celebration of African roots for both men and women.